How did Hannibal's 55,000 Carthaginians turn the tables on an 80,000-strong force of the ancient world's most efficient military machine, the Roman army? What allowed 6,000 Englishmen to overcome 30,000 French at Agincourt in 1415? Which errors in judgment doomed a Russian army twice as large as its opposing German force at the Battle of Tannenberg during World War I? Outnumbered's powerful and vivid recreations of history's most surprising military victories illuminate the cunning strategies, secret weapons, fateful decisions, and changes of fortune that turned the tide of battle in the most extraordinary and unanticipated ways.

"A good look at both well-known and also less-famous battles, as well as the nature of warfare from ancient times to World War II."—Paul K. Davis, author of 100 Decisive Battles 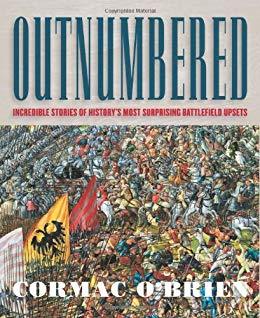